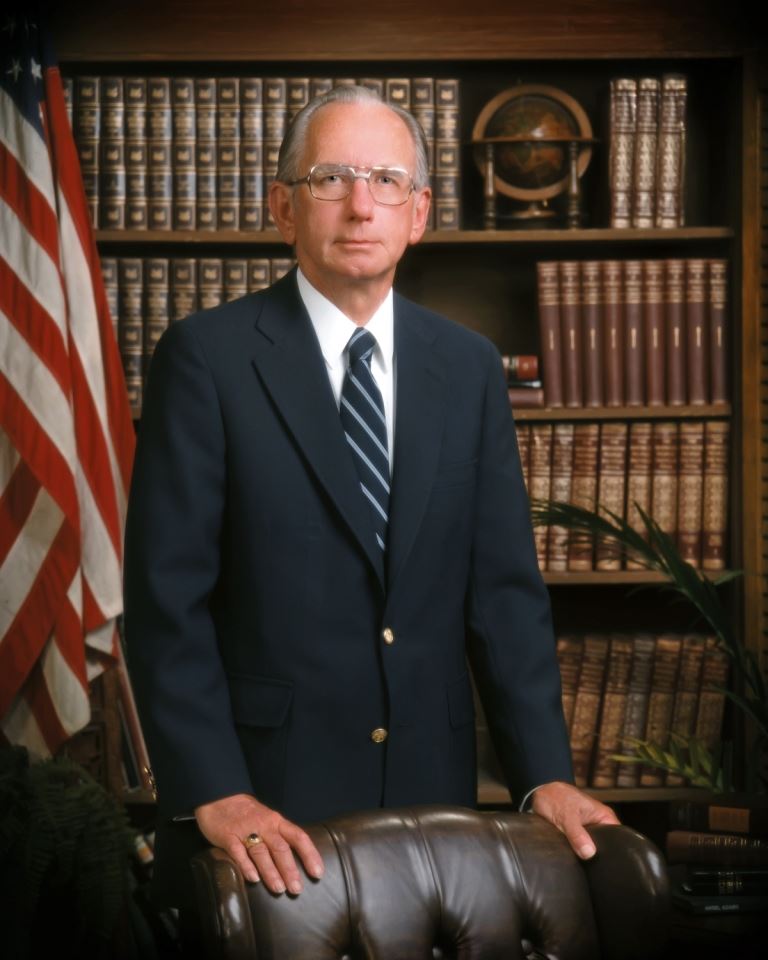 A California native, Eric W Rood graduated from California State University at Sacramento, and furthered his education by receiving a master's degree in management from George Washington University. He also graduated from the Air War College and Harvard Business School. He enlisted in the United States Air Force in 1942, earning his wings and commission in mid-1943 and then completing an honorable tour of military service. Thereafter, he taught at the Bombardier School at Mather Air Force Base near Sacramento before being deployed to the Philippines for three years. He retired from the Air Force as a colonel in 1973 at McClellan Air Force Base. While stationed with the Pentagon, he played a role in bringing a missile program to Beale Air Force Base.

Mr. Rood served as Nevada County's 4th District Supervisor from 1975 to 1986, inclusive, including two terms as chair. He worked with the state for more than two decades to resolve the many special problems faced by the rural communities of Nevada County.

While serving as a county supervisor, Eric Rood was also president of the state's powerful Regional Council of Rural Counties, director of the County Supervisors Association of California, vice chairman of the California Local Agency Formation Commission, and served on the board of the Sierra Economic Development District, the Sierra Planning Organization, and the Foothill Strategy Advisory Committee. He also served on:
He was a founder of the Western Gateway Recreation and Park District that helped build Western Gateway Park in Penn Valley and he served on various other organizations. Mr. Rood retired in January 1987 and passed away in 1998.

In 1985, the County began constructing a new building to house its offices. On October 21, 1985 Supervisor Todd Juvinall moved, and the Board agreed, to name the building after Eric W Rood (Supervisor Rood abstained). In 1987, the County government offices moved from the Nevada County Courthouse to the new building and current headquarters at 950 Maidu Avenue. The first Board meeting was held in the ERAC Board chambers on April 28, 1987.

During his term, Eric Rood was also instrumental in securing state funding for the State Highway Route 20 bypass between Grass Valley and Penn Valley. Today, the highway is a busy thoroughfare that has been critical to growth and economic development in Penn Valley. In 2009, at the request of a group of citizens led by former Supervisor Bill Schultz (1987-1994), Supervisor Hank Weston (2007-2018) obtained the Board's approval to request the State legislature rename the highway in honor of Eric Rood. Assembly Member Dan Logue carried the legislation, and the highway was named the Eric W Rood Memorial Expressway in 2010.