The Van Norden Dam is in the west end of the Summit Valley area of Soda Springs, in Nevada County, California. The historic Lake Van Norden, which was created by and is hydraulically dependent on Van Norden Dam, spans both Nevada and Placer counties (Exhibits 1 and 2). The dam site is accessed via Soda Springs Road. Railroad tracks traverse east to west approximately 660 feet north of the dam. Donner Pass Road and Interstate 80 roughly parallel the railroad tracks, 1,350 and 2,000 feet north of the dam, respectively.

The Summit Valley area of Soda Springs consists of residential communities and recreational facilities. Communities near the dam site include the Soda Springs area along Donner Pass Road in Nevada County (approximately 0.20 mile north of the dam) and the Serene Lakes area in Placer County (approximately 0.60 mile south of the dam). Recreational facilities in the project area include the Boreal, Donner Ski Ranch, Soda Springs, Royal Gorge, and Sugar Bowl ski resorts. The adjacent Tahoe National Forest has a trail system used by hikers, mountain bikers, and equestrians.

The original Van Norden Dam appears to have been constructed in the 1870s by the South Yuba Canal Company. The dam was constructed with a timber core of redwood planks that were covered on all sides by earth with riprap on the inner slope. Flow release features for the dam included the existing 22-inch pipeline and the 115-foor long spillway designed for the 5,800-acre-foot reservoir capacity. Pacific Gas & Electric Company (PG&E) (formerly California Gas and Electric Company) purchased the reservoir in 1905 and constructed improvements in 1916. The reservoir was used as part of PG&E hydroelectric facilities.

In 1976, PG&E planned to repair leaks in the dam from rodent holes and enlarge the reservoir capacity by increasing the height of the dam. However, because of the substandard foundation and the potential for destabilization in the event of an earthquake, California Department of Water Resources, Division of Safety of Dams (DSOD) declared the dam unsafe and a potential flood hazard. PG&E subsequently “notched” the dam, increasing outflow and reducing its capacity to impound water to approximately 175 acre-feet. The reduced reservoir and alteration of downstream water releases to the South Yuba River eliminated the campground and fishing opportunities at the reservoir. Recreation use of the reservoir was limited to hiking around the perimeter of the Van Norden area and kayaking. Most of the area that was inundated by the former 5,800-acre foot reservoir is now montane wet meadow with smaller areas of upland montane meadow.

Truckee Donner Land Trust (TDLT) acquired the site in 2011 with the intent to transfer the Van Norden lakebed and adjoining land area (approximately 700 acres) to the U.S. Forest Service (USFS). The TDLT was notified that the dam is subject to DSOD jurisdiction and has safety issues. The State Water Resources Control Board, Division of Water Rights also notified TDLT that the dam impounds water to which TDLT does not have legal rights. TDLT currently does not have the right to divert or store water at Lake Van Norden. The previous right to store water at the site was held by PG&E. After PG&E notched the dam in 1976, PG&E filed a Supplement Statement of Water Diversion and Use with the DWR in 1979 that transferred 2,200 acre-feet of pre-1914 storage right to Lake Fordyce and listed the total amount of water stored at the reservoir as “0.” DWR authorized the transfer on August 17, 1979. PG&E subsequently abandoned its remaining right to store water at the reservoir in 1982.

January 17, 2014, California Governor Jerry Brown declared a drought state of emergency. In response to severe drought conditions, TDLT determined that it was required to release the impounded water behind the dam to downstream water right holders. After consultation with Department of Water Resources and California Department of Fish and Wildlife (CDFW), TDLT filed a notice of exemption under the California Environmental Quality Act (CEQA) for emergency work with CDFW. TDLT opened the existing 22-inch outlet pipeline to release the impounded water. TDLT has determined that the valve for the pipeline is non-operational and remains open. The reservoir was drained by October 2015, though water still ponds near the dam because of groundwater discharge. The draining of the reservoir also addressed dam safety concerns that had been expressed by DSOD.

The land transfer of the Van Norden lakebed between TDLT and USFS was completed in August 2017. The TDLT retained 6.98 acres that consist of the dam site.

The existing scour basin on the downstream side of the dam would be improved with new riprap for erosion protection. The existing outlet pipeline is determined to be operational and a concrete collar would be poured around the pipeline on the upstream side to protect water from seeping through the casing or annular space.

Tell us how we are doing: 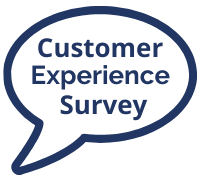