The Nevada County Tobacco Use Prevention Youth Coalition works to create smoke-free areas such as parks, apartments and theaters, smoke-free outdoor events, and reducing tobacco sales to minors. The Coalition also works with local government agencies to pass local policies and ordinances. The Youth Coalition membership is inclusive of a diverse representation of our adolescent community. 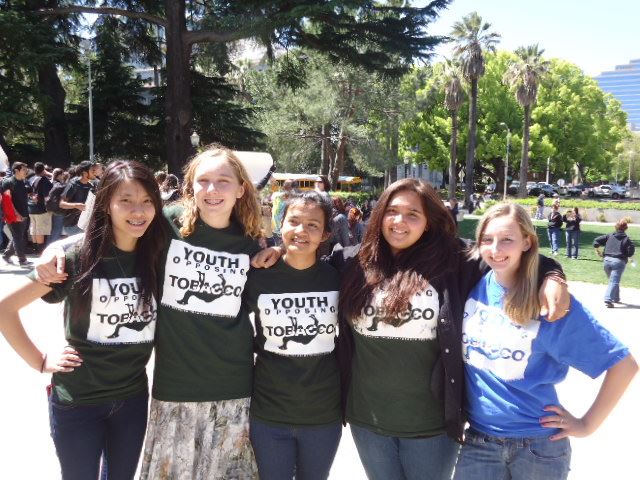 
The Youth Coalition is always open to new members in both western and eastern Nevada County. To get involved please call 530-265-1451.

The NU coalition filmed and produced two short films on tobacco issues. One video on "The Life of a Cigarette" and the other on "Public Opinion on the Downtown Non-smoking Ordinances." Congratulations on two cool films!

Annually we hold a "Stomp Out" at a local theater! It is a free movie open to all. Our youth present information on how tobacco in G, PG, and PG-13 movies greatly influence young audiences to begin smoking.